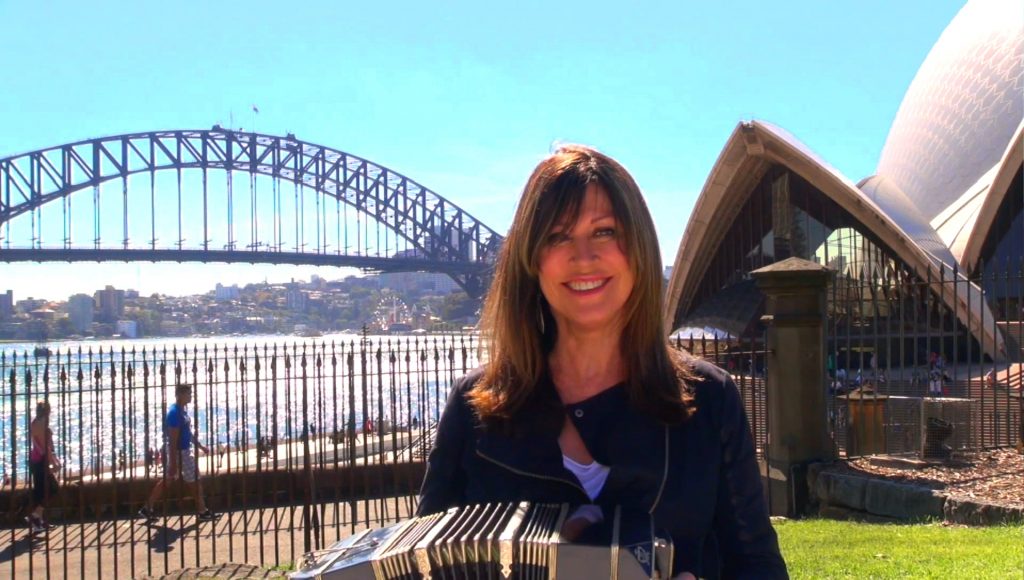 Interview with Maggie Ferguson on the music of Tango 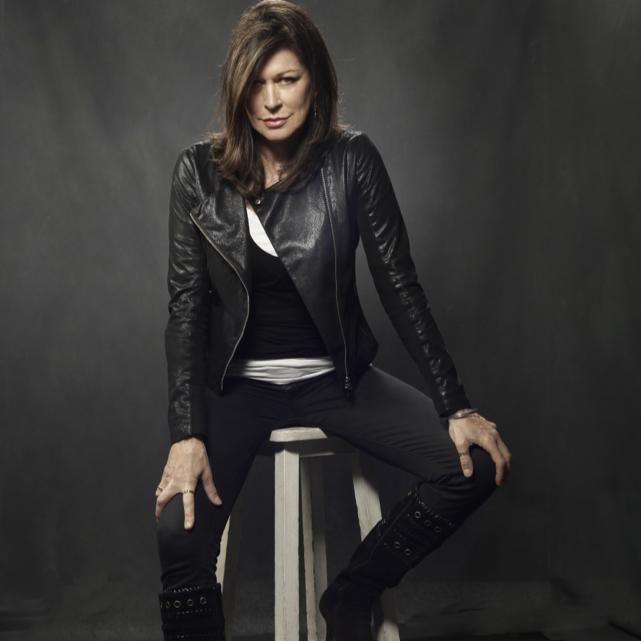 1. What were your first inspirations to become a musician?

When I was five, I would attend string quartet and piano trio concerts with my parents and siblings at the home of my mother’s close friend Vivien Tuck, a renowned Adelaide pianist. I was captivated by the violin and duly received one for Christmas, along with lessons from the leader of the string quartet, Gordon Bennett. Five years later I won a scholarship to study with Carl Pini at Sydney Conservatorium. He remains an inspirational mentor and close friend.

2. What inspired you to take up the bandoneon (as an already accomplished violinist). Please describe transition from violin to bandoneon?)

I saw bandoneon really played for the first time in Buenos Aires in 2003 when I was playing violin in the Orquesta Escuela De Tango (OET) Emilio Balcarce. Before I returned to Sydney I bought my first instrument and pretty well just looked at it until 2007 when on another prolonged visit to BA, I committed to studying it and spent six weeks there with two professors playing six hours every day. Even now I practice up to three hours daily. There have been six instruments since then, three of them now in the hands of my students.

There was no ‘transition’ from the violin as I play it as much as before I began bandoneon. While the violin is a treble instrument, bandoneon music is written on both staves; bass stave for left hand and treble for right. I was taught piano early on so reading both staves is no problem.

3. What is your earliest tango memory? And what do you most enjoy about playing tango music.

I remember hearing a recording of Piazzolla playing solo sometime in the early 1990s and realizing that the only way to learn about tango was to go back to the scores of the 1920s to 1950s and learn as Piazzolla had.

I like the creativity of playing a solo differently each time. They should be always expressive, unexpected, tasteful and never forced.

4. How did the idea of TangoOz, as separate from the SydneyYouthOrchestra (SYO) take shape.

TangoOz is one of SYO’s eleven orchestras and is administered by the organisation.

TangoOz began in 2009 as a co creation with Susanne James, then the CEO of SYO. I had been working since 2001 with Susanne teaching tango through The Sydney Conservatorium Open Academy and The Conservatorium High School Chamber Music program. TangoOz was one of the first initiatives of Susanne’s on becoming CEO. 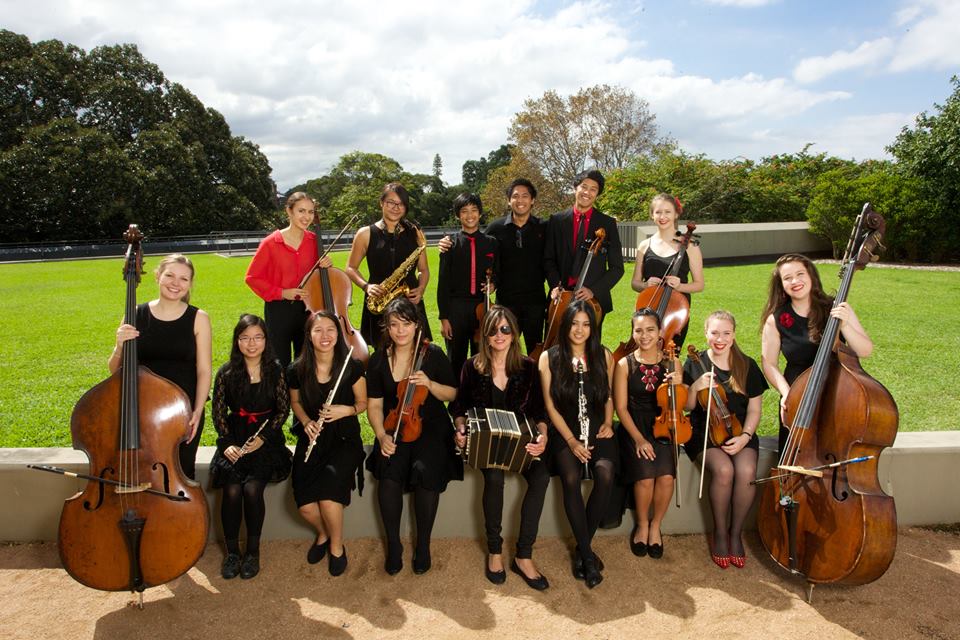 5. Was the concept of TangoOz an easy one to ‘sell’ to the Conservatorium of Music.

I have been teaching tango in the Small Ensembles (formerly Chamber Music) program at the Conservatorium High School (CHS) since 2002. Therefore tango was well established there when TangoOz was formed in 2009.

TangoOz is connected to the Con and Con High School in that many of TangoOz students originate there. The extraordinary support for tango and my work from staff of Con High and Sydney Con has meant a great deal to me. TangoOz’ weekly rehearsal venue is made available by Con High. Concert venues have been donated for special tango concerts and, via my teaching colleagues, I have access to students requiring specialist tuition in preparation for a recital in which a tango is being performed.

6. How did you inspire members of the SYO to audition for TangoOz and was this a difficult transition for them as classical musicians.

This is always a work in progress and recruitment is mostly by word of mouth or seeing TangoOz in concert. Generally adventurous students will seek out a new experience like tango.

The transition is not difficult for a trained classical musician. It requires developing new musical language skills and specific percussive techniques for strings and articulation techniques for winds.

7. How have trips abroad affected the attitudes and playing of the TangoOz members and how do you keep them committed? Do they become permanent TangoOz members or play within TangoOz for a limited time.

The recent tour to South America allowed the musicians to focus on their role in the orchestra by working with their instrumental specialists, who reinforced skills they had learned in TangoOz and gave them new ones as well.

I think exposure to a very different culture has shown them what a privileged existence we have in Sydney, especially our access to music training. It was very special to see their reaction to the first rehearsal they attended of the OET Emilio Balcarce. They were blown away by how together they were and how Argentines reveal themselves in their music.

TangoOz have become a committed team and generous performers onstage, with ensemble skills beyond their years. I rotate solos to maximize learning and supporting roles.

Some members return every year, some complete one year only. 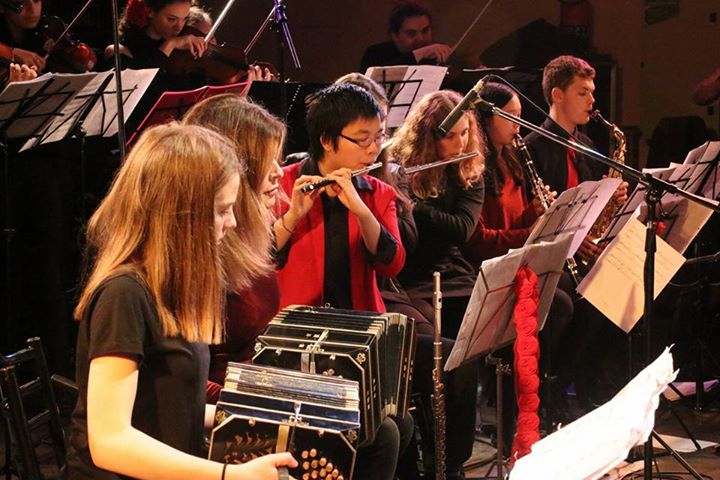 8. Do you need to transcribe orchestral scores to suit TangoOz or are you able to obtain these from other sources, like Buenos Aires.

I arrange scores all the time. Thanks to Ignacio Varchausky, I also have extraordinary access to the archive of OET for original arrangements of great composers.

9. Do you have favourite tango songs you love playing for tango dancers and how do you change/expand your repertoire.

I enjoy all the famous dance composers, in particular Carlos Di Sarli for his elegance, Emilio Balcarce for originality and beauty, Horacio Salgan for sheer brilliance. I make a lot of arrangements and I like to add solos for unexpected instruments. I think all tango music is danceable.

10. How do you keep the ‘soul’ of the orquesta intact, as opposed to individual musicians.

We work on a common idea of the piece. This is done by playing through then discussing musical possibilities and how best to tell the story. TangoOz is a chamber ensemble, so listening is their best aid. Their individuality can be expressed in their solos.

11. Are there particular tango musicians or orquestas who have and continue to inspire you.

12. What future achievements do you see for TangoOz.  Do you find members involvement in TangoOz helps them grow as overall musicians.

There will be the release of TangoOz’ EP recorded in BA produced by Ignacio Varchausky, and designed by the orchestra.

TangoOz graduates, with their impressive tango techniques, become fierce competitors in a music world which is no longer limited to one type of playing.

A new tango ensemble, Maggie FergusonTango & Friends will be launched at the Canowindra Baroque Festival on October 15th 2016.

MF on bandoneon and violin will be joined by Andrew Baker violin, Francis Carreon piano and Isabella Brown double bass.

We will perform the Four Seasons of Buenos Aires by Astor Piazzolla, supported by the Colour City Chamber Orchestra from Orange, who will also play Vivaldi’s Four Seasons with soloist Andrew Baker.

Maggie Ferguson on Bandoneon at the Sydney Opera House

There are no upcoming events at this time.